Washington [US], April 3 (10cric login): It's a sad day for 'Bridgerton' fans! Breakout star Rege-Jean Page is not returning for the second season of the hit Netflix series. The actor who played the role of the dashing duke has departed the series.
On the show's Instagram and Twitter pages, a letter penned by Lady Whistledown confirmed on Friday that the Netflix hit will move on with the second season without Page, who played Simon Basset, the Duke of Hastings.
"Dear Readers, while all eyes turn to Lord Anthony Bridgerton's quest to find a Viscountess, we bid adieu to Rege-Jean Page, who so triumphantly played the Duke of Hastings," the note began.
"We'll miss Simon's presence onscreen, but he will always be a part of the Bridgerton family," it continued.
The letter noted that Phoebe Dynevor, who played the Duke's love interest Daphne Bridgerton, will return.
"Daphne will remain a devoted wife and sister, helping her brother navigate the upcoming social season and what it has to offer -- more intrigue and romance than my readers may be able to bear," the note concluded. 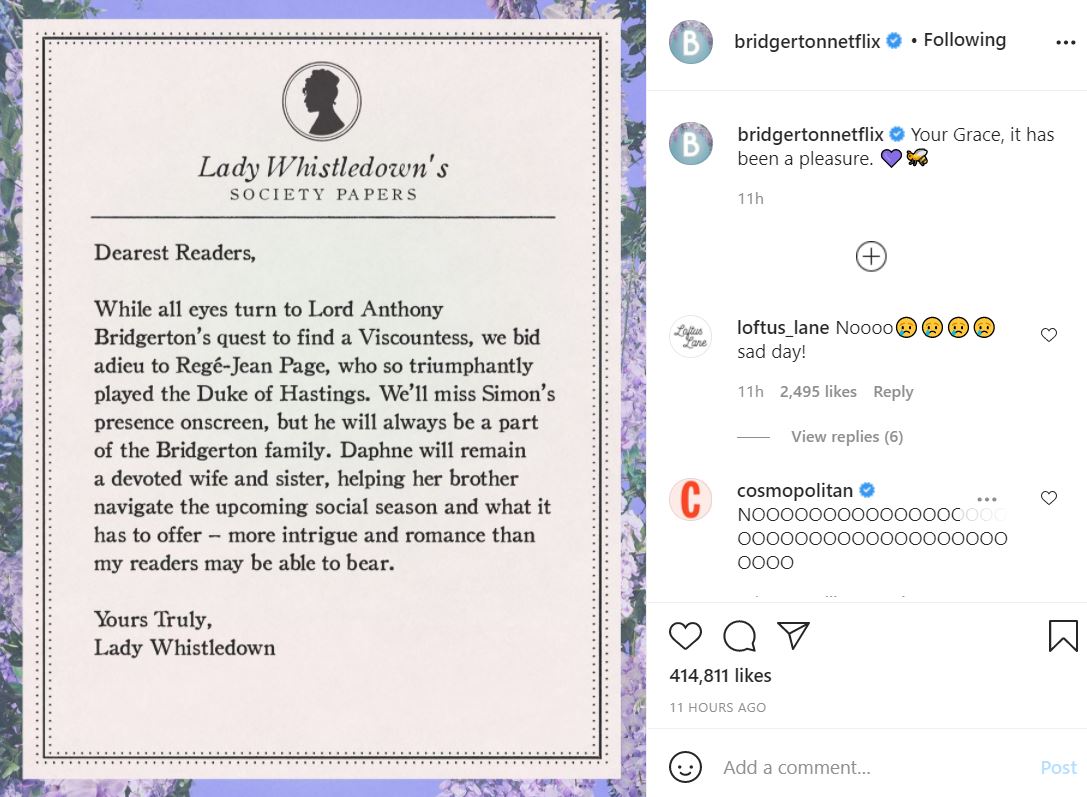 Page addressed the news on Instagram with a photo of himself on horseback as the Duke.
"The ride of a life time," he wrote, describing his experience of working on the romance drama series.
He added, "It's been an absolute pleasure and a privilege to be your Duke. Joining this family -- not just on screen, but off screen too. Our incredibly creative and generous cast, crew, outstanding fans -- it's all been beyond anything I could have imagined. The love is real and will just keep growing." 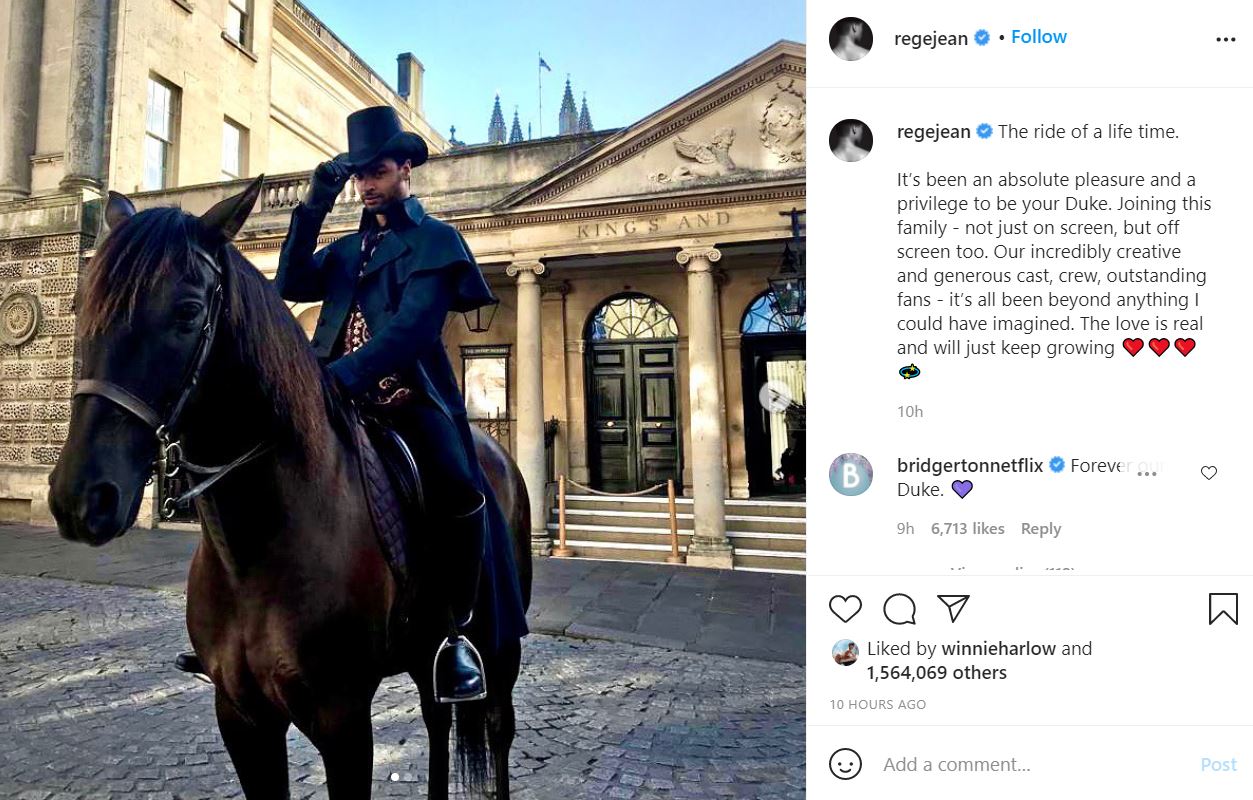 News of the duke's departure will likely not come as a surprise to fans of the Julia Quinn novels on which the series is based, as the character's storyline largely plays out in the first book titled 'The Duke and I'.
Page also spoke to Variety, explaining to the outlet that the short-term commitment was a big part of the role's appeal.
"It's a one-season arc. It's going to have a beginning, middle, end - give us a year," Page said, recounting early conversations with Shondaland producers, who approached him about the role of Simon after 'For the People' wrapped up.

He added, "I thought 'That's interesting,' because then it felt like a limited series. I get to come in, I get to contribute my bit and then the Bridgerton family rolls on."
The breakout star further said that he relished the idea that 'Bridgerton' is essentially an anthology, with each book and subsequently season dedicated to a different sibling's love story.
"One of the things that is different about this romance genre is that the audience knows the arc completes," he explained.
Page added, "They come in knowing that, so you can tie people in emotional knots because they have that reassurance that we're going to come out and we're going to have the marriage and the baby."
As such, the dashing duke's on-screen storyline wraps up with Simon and Daphne solidifying their love story and the duke exorcising his own daddy issues with the birth of their first child, a son. Off-screen, Page's time on the show has concluded similarly, as the actor was only contracted for one season.
"I have nothing but excitement for 'Bridgerton' continuing to steam train off and conquer the globe. But there is also value in completing these arcs and sticking the landing," he said.
Shondaland boss Shonda Rhimes posted a tribute to the actor on social media after news broke of the duke's departure.
"Remember: the Duke is never gone. He's just waiting to be binge watched all over again," Rhimes wrote in the caption. 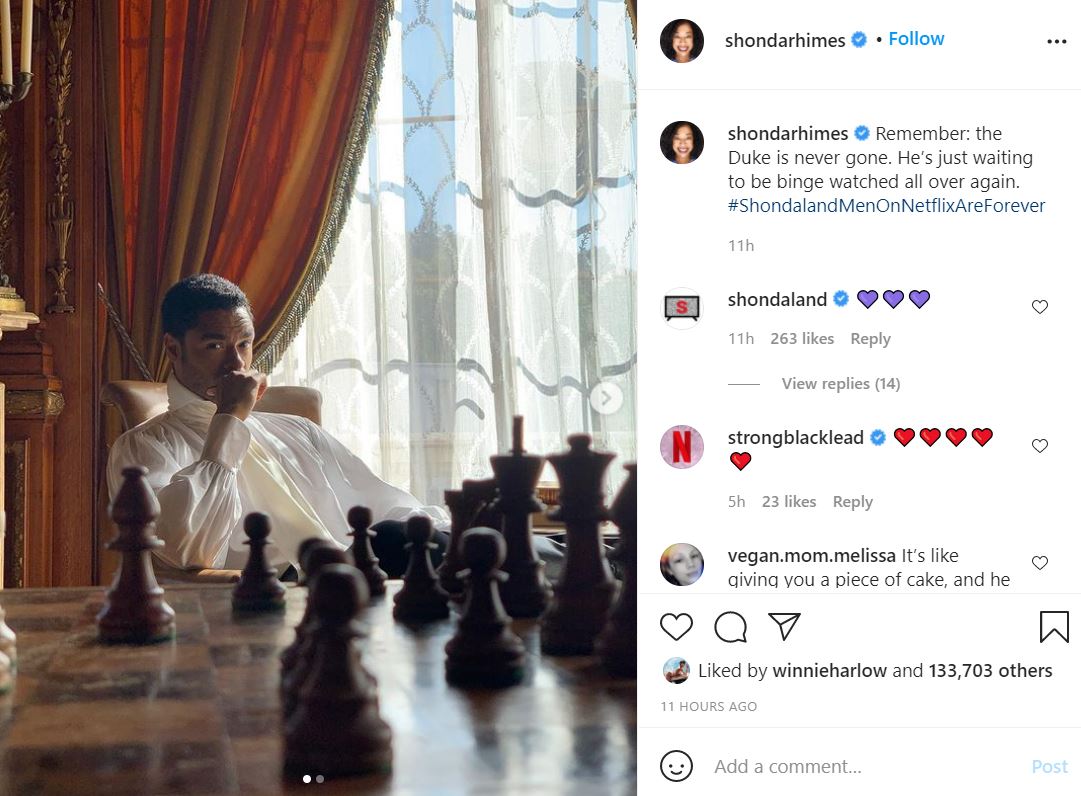 Created by Chris Van Dusen, produced by Shonda Rhimes and based on author Julia Quinn's book series, 'Bridgerton' follows the esteemed families of British high society and their romantic pursuits through the lens of a mysterious gossip columnist, Lady Whistledown (voiced by Julie Andrews).
The first season of the romantic period drama focused on the steamy courtship between Daphne Bridgerton (Dynevor) and Simon Basset, the Duke of Hastings (Page).
The series premiered on Netflix on Christmas Day and immediately became a massive hit. One month later, Netflix announced in a blog post that it had become the streamer's "biggest show ever."
The series was recently renewed for a second season, which will draw from the sequel in Quinn's romance series, 'The Viscount Who Loved Me', which follows the quest of Daphne's brother, Lord Anthony Bridgerton, to find his viscountess.
In February, People magazine confirmed that Simone Ashley had been cast as Kate Sharma, the eldest Bridgerton sibling's love interest, in the upcoming season.
Meanwhile, Page is next set to appear in the films 'The Gray Man' and 'Dungeons and Dragons'. He has sparked rumours about taking over the coveted role of James Bond after actor Daniel Craig steps down later this year. (10cric login)

DMX's family shuts down fundraising rumours on his funeral 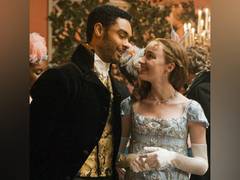 Lady Whistledown confirms 'Bridgerton' is returning with seasons 3, 4 on Netflix

Lucy Liu to play villain in 'Shazam! Fury of the Gods'